The value of mentors

I still have the camera my parents gave me for my 13 birthday, it is one of the few things that has followed me through my life. The high school I went to offered a photography class and I signed up for it. I shot a few rolls of film and got the opportunity to develop them in the schools dark room to see the entire process but I didn't pay much attention to things and moved on.

I mentioned Noah Cheek in my last blog. Noah is one of my closest friends and to say we have helped each other through some tough times would be an understatement. Noah and I went hiking one day a few years ago (like 6 or 7 or 8) and he brought his camera and tripod. He told me about the photography course he was taking and explained all about the exposure triangle and ISO and composition. I remembered some of the terms from the high school class, but what I clearly remembered was I never understood what any of that stuff did when I had a film camera and I was apprehensive to tackle it again. Plus, I had an iPhone, what more did I need?

Long story short, I ended up with a mirrorless camera. An entry level Sony A6000. Noah and I talked about the exposure triangle more and challenged me to take pictures. I took a few online photography classes and started figuring a thing or two out, then Noah moved to Portland and photography kind of languished for me again. I had the basics and I would carry my camera with me on hikes and backpacking, but that was it. My camera lived in auto mode during that time.

Then by chance, one day I bumped into Arlene Chambers. I had known her years before but as life moves around, I lost touch with her. She was doing a shoot in Bothell and my co-workers saw her and commented on the lens on her camera. I looked up and said "I know her!". Arlene and I started chatting and quickly became friends again. A lot had changed in both our lives since we had last seen each other and one of the biggest was Arlene had become a successful photographer. I really knew very little about photography at the time, but I knew her work was amazing. She was producing pictures daily that if I took just one of, I would consider my photography journey a success and put the camera down. Her work is that good.

I had only really taken landscape photos up to this point. Mostly backpacking, hiking, snowshoeing and climbing mountains. For the most part, if a person was in a photo I took, I didn't like it. My thinking was anyone could take pictures of people, I took pictures of mountains! Then one Saturday I was out and about and Arlene was at Gasworks Park shooting a wedding. She asked if I had my camera and if I did, would I like to join her to see what was going on and take some pictures. Well, I had my camera but I was wearing shorts and a t-shirt so I swung by Khols. Dressed smartly in my new shirt and pants, I went to Gasworks and met up with her....and had a blast! Through the stress and pressure of photographing a wedding, Arlene was extremely patient taking the time to explain to me what she was doing and encouraging me to take photos with her. Wedding photography was a lot of hard work but I learned more that day then I had in all the time I had the camera. You name it and it lands in wedding photography. Portrait photography, family photography, low light, flash, product photography....the whole thing. Arlene gave me a few jobs to do that day and much to my delight, she used a few photos I took in the albums, but what she did was teach me. She has invited me to more weddings and shoots always treating me as a peer and actually using some of my photographs to deliver to clients. The confidence I have gotten from all of this is remarkable as is the grace and patience she has with me. If you need a fun and energetic photographer for a wedding, senior, couples, engagement, maternity or boudoir shoot, check Arlene's work out. 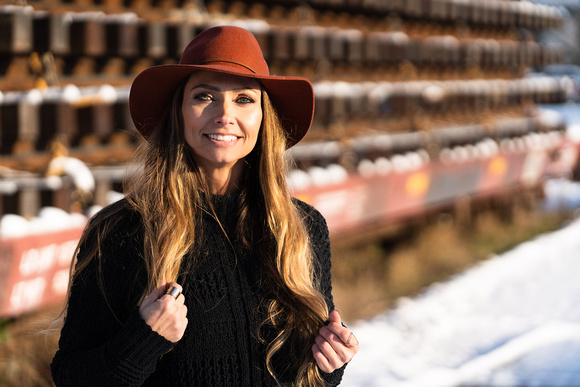 Noah has spent the past few years sharpening his photography skills with food photography and has a very successful Instagram account. We stay in touch and are always bouncing ideas and concepts off each other. We discuss gear and computers a lot. What we are thinking about getting and the question "why" always comes up. The challenge presented with the "why" is usually "is there something you already have that can do the job?" Trying to use what you have instead of spending money getting a new toy. We can also have the opposite effect on each other and help each other justify almost anything! It is a slippery slope sometimes. Noah has also ventured into video and has launched a podcast talking with people from the food and BBQ community. He is CheekyBBQ on all the social and video platforms. 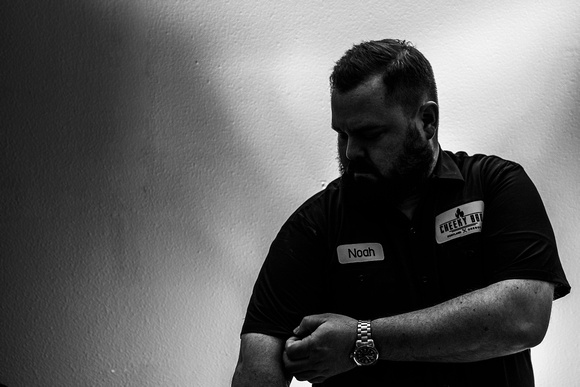 I have had the incredible honor of shooting both Noah and Arlene for their websites and social media. The thought that I am shooting the people that I respect so highly and continue to teach me so much is really humbling. So get a mentor that will push you and challenge you in a positive way.